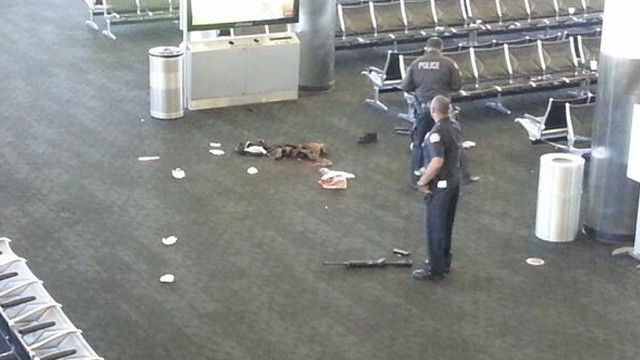 On 4th July 2002 a man attacked the El Al ticket counter atLos Angeles Airport at the Tom Bradley International Terminal. He was armed with a .45-calibre handgun which he used in the shooting, as well as a 9 mm handgun and a 6-inch knife.

He shot dead a 20-year-old female El Al ticket agent and a 46-year-old man. Four others were injured, including a 61-year-old woman who was shot and wounded, a man who was pistol-whipped by the gunman, and the El Al security chief who was stabbed in the back. The assailant was then confronted and fatally shot by an armed security officer. No evidence was found that linked the gunman to any terrorist group. Investigators concluded that he was driven by a number of personal factors including depression caused by a failing business, a suffering marriage and hatred of Israel.