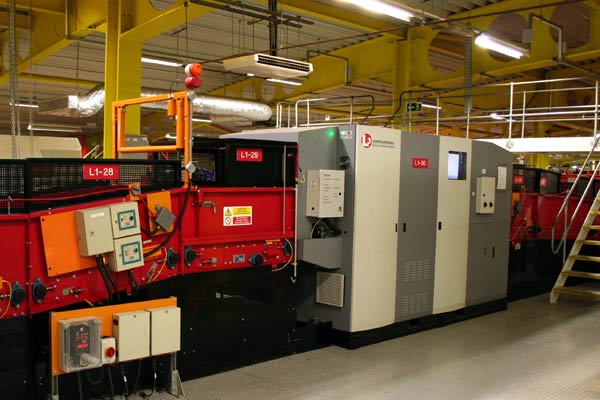 One of the most catastrophic bombings of an airliner was the 21 December 1988 destruction of Pan Am flight 103, a Boeing 747, over Lockerbie, Scotland caused by an explosive device placed in a hold baggage item in the airplane’s forward hold.

At the time of the Lockerbie disaster airport security was considerably more relaxed than it is today. Although passengers boarding flights were required to pass through metal detectors and have their hand baggage examined for the presence of concealed weapons, their hold baggage underwent few security controls. It was this fact that seems to have been exploited to devastating effect in the attack.

Today all international air passengers are required to undergo profiling which is designed to assess through a few simple questions whether or not they could present a risk to the safety of the flight. Each passenger is also required to pass through a security checkpoint and at the same time their hold baggage is thoroughly screened for explosive materials.

As a final line of defence every passenger boarding an international flight is electronically matched with baggage in the belly of the aircraft. In the event a passenger does not board his or her luggage must be off-loaded before the aircraft is allowed to depart.

In 1997 the United Kingdom became the first country in the world to adopt the practice of 100 per cent screening of hold baggage. This was achieved through the application of new baggage processing procedures. The multi-level process clears the majority of baggage that passes through the first level of automated X-ray screening for carriage by air.

Baggage that cannot be cleared automatically is diverted to an operator for further X-ray analysis. If an item of baggage fails at this stage it is passed to hi-tech computed tomography scanners, which can examine the contents layer by layer to determine whether or not a threat exists. On the rare occasions these devices cannot clear baggage they are opened in the presence of their owner for a physical search, and on very, very rare occasions destroyed.

The United Kingdom approach to hold baggage screening has since become the defacto standard for many other countries around the world. The number of countries applying 100 per cent screening continues to rise year on year. The security standards and procedures in place at airports today are the legacy of the tragic loss of Pan Am 103, and help to ensure that such an atrocity cannot easily occur again.