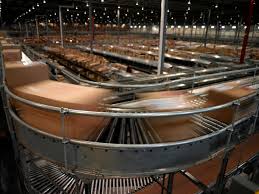 Terrorists and others wishing to cause harm or disruption have long used postal and courier services to deliver hazardous items to target recipients.

Some X-ray machines are in the form of cabinet units and are used for the inspection of items of mail or suspicious packages at high security locations.

The X-ray tube may be positioned above or below the chamber. Packages are placed in the chamber via a drawer or through a hatch. A switch on the control panel activates the X-ray tube, which remains on for the pre-set time or until the switch is released.

Usually an image of the package is formed on a fluorescent screen and is viewed via a mirror and through a leaded glass window. On some units the image is viewed on a television screen.